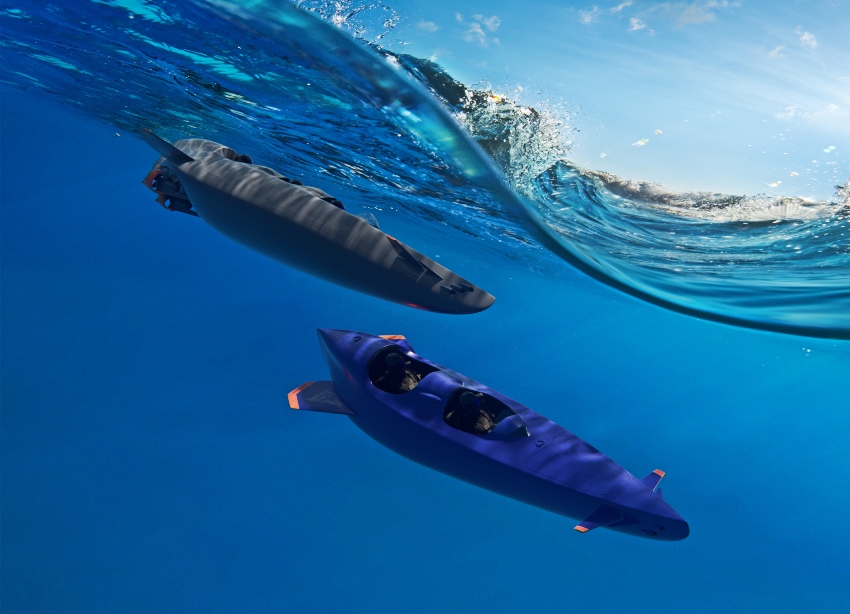 New and innovative water jet technology as well as a pioneering means of underwater travel based on a World War II design from Britain’s Naval Service will be among the many marine industry advances to capture the imagination of visitors to next month’s Dubai International Boat Show.

The popularity of hydroflight sports is growing as fast as the water jet propulsion that powers the high-flying technology, and Dubai International Marine Club will become a showground for the latest developments in the field from 28 February to 4 March.

“Water jet technology has created a new generation of water sports, and hydro sports activities such as Flyboard, Jetpack, Hoverboard and Jetovator give enthusiasts the ultimate experience in learning to fly,” said El-Gandy.

“We’ve served 4,000 customers over the last two years and look forward to attending the Dubai International Boat Show again to meet marine industry experts from around the world who can help us grow our business.”

While hydroflight enthusiasts are flying high in the air, underwater submersibles are reaching new depths of the ocean up to 95 metres. The Dubai International Boat Show will provide the perfect regional launch platform for a range of submersibles capable of allowing filmmakers, researchers, offshore and surveying companies and other sub-marine explorers to work at extreme depths.

Developed by Dutch manufacturer Ortega, the new three-seater, electric-powered Mk.1C, which can function both above and under water, was inspired by the “Sleeping Beauty”, a submarine that allowed British World War II marines to carry out clandestine reconnaissance as well as attacks against enemy vessels.

Using highly advanced modern naval technology, these submersible boats are futuristic, sleek and modern and are powered by specially developed batteries based on Tesla Motors technology, giving them a range of 80 nautical miles or 11 hours of full throttle operation.

“The goal of the Dubai International Boat Show is to provide a holistic experience that appeals to a wide variety of visitors, showcasing the latest developments in the marine industry,” said Trixie LohMirmand, Senior Vice President, Events Management, Dubai World Trade Centre.

“The show will feature a wide selection of outdoor adventures ideal for anyone who loves to be near or on the water. Our programme of live music at The Beach entertainment area is expected to be especially popular this year and the show will give visitors the opportunity to try out various water sports such as stand up paddle boarding, kayaking, and windsurfing.”

Dubai International Boat Show has long been the region’s premier stage for visitors to interact with the latest in marine sport. In keeping with the show’s mission to open visitors’ eyes to a new range of activities on the water, another attraction expected to wow visitors will be the Seabreacher Z – a dolphin shaped watercraft which allows riders to explore the ocean above and below the waves.

Developed over more than ten years of engineering and testing by New Zealander Rob Innes and his American partner Dan Piazza, founders of the Innespace, the Seabreacher series of hand-built watercrafts are designed to push the limits of what people can do in the water.

Each Seabreacher is a unique creation allowing customers to pick from an array of individualised options. The Dubai International Boat Show will see the launch of the dolphin shaped Seabreacher Z which features a fully retractable snorkel, allowing the pilot and a passenger to experience the thrill of high speed 360 degree barrel rolls, and jump 90° out of the water.

In addition to their submersibles, Seabreacher will also showcase their extensive line of watersport toys with displays of their daredevil machines the flyboard, Jetovator, Freedom flyer and the Shred Sled.

An entirely new class of boat is set to impress visitors of the show, offering customers an exclusive mode of transport on the water.

Kormaran, an Austria-based manufacturer founded by husband and wife Oliver and Jutta Kormann, will display their K7 First Edition for the first time in the region, and is backed by more than US$10mn of research and development.

The Kormaran K7’s unique design and world-first patented transformation technology allows it to seamlessly transform between catamaran, trimaran and hydrofoil configurations without sacrificing comfort, a first for the small-mid range luxury boat segment. 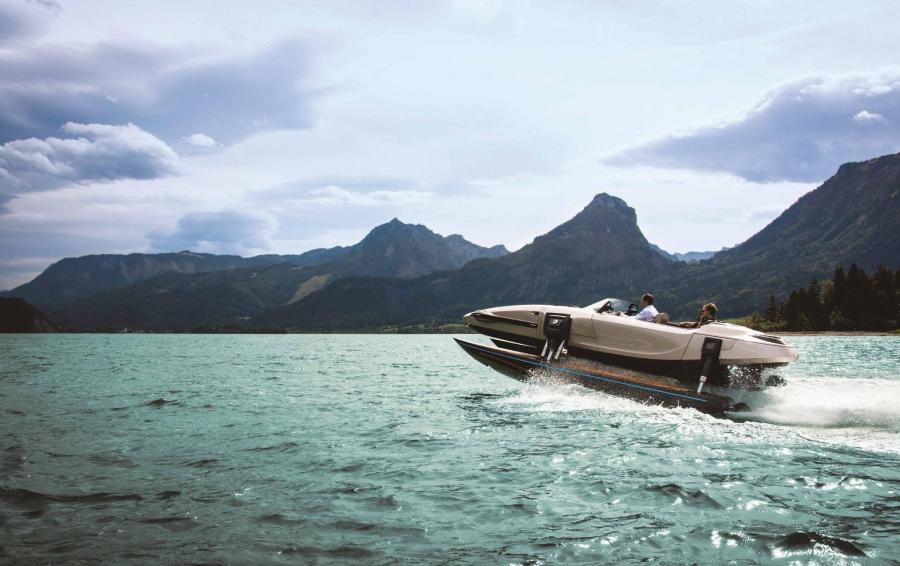 Seabreacher, Ortega, Hydro Water Sports, Kormaran and countless other marine industry exhibitors will share the show stage in Dubai with world’s leading luxury superyacht makers as well as an international assembly of more affordable leisure and fishing boat manufacturers, and key suppliers to the Middle East’s growing collection of marinas.